The biggest problem with the Hue Dimmer Switch and how to fix it!

The Phillips Hue Dimmer Switch is probably the best accessory for your Phillips Hue Lighting. It lets anyone adjust the lighting in the room (including recalling scenes) without having to use the app. It's super convenient, especially in bedrooms. There's one major flaw though... As nice as it is that Phillips provides a faceplate that you can put on the wall to hold the Dimmer with an elegant magnetic feature, you can't mount it over the existing switch, nor is it a standard single gang size. This is a problem because you end up with a wall looking like this: 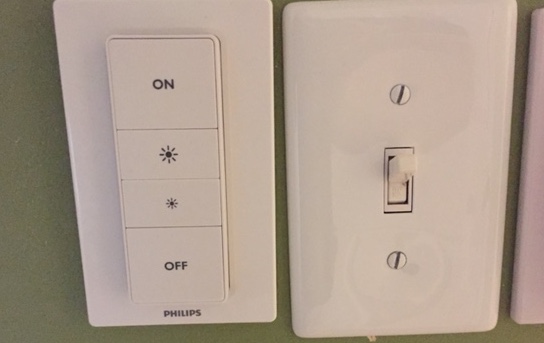 This is pretty ugly if you ask me, especially if you have it next to multiple gang boxes. While competitor Lutron has figured out this problem with their Caseta Pico Remotes I hope eventually Phillips will follow suit with a redesigned model, or at least a holder that can be directly mounted to a single gang box.

In the meantime, here's how you can fix this problem- remove the ugly non-standard wallplate while maintaining the convenience and elegance of the magnetic holder.

Head to your hardware store or Amazon and pick up a Decora blank cover. These are a few bucks depending on which brand you get. They're all the same size. 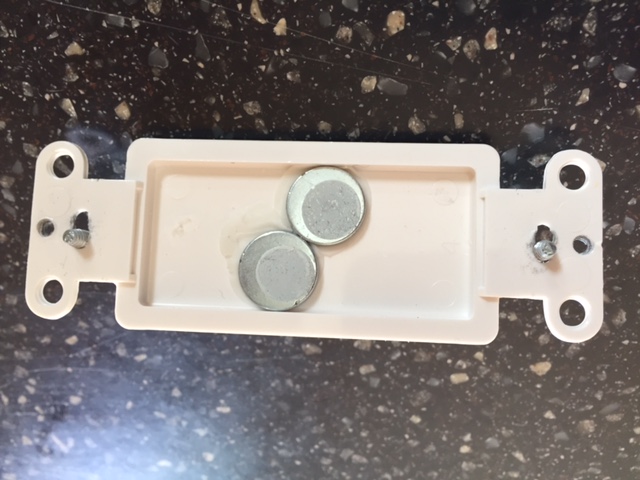 Now simply install the blank into your wall switchbox. In my case, I was installing this into a 4 Gang box in a living room. Since my Hue lights were in a fan and had pull chains, I decided to splice and bypass (remove altogether) the light switch. If needed, I could switch off the Hue bulbs using the pull chain on the fan itself. 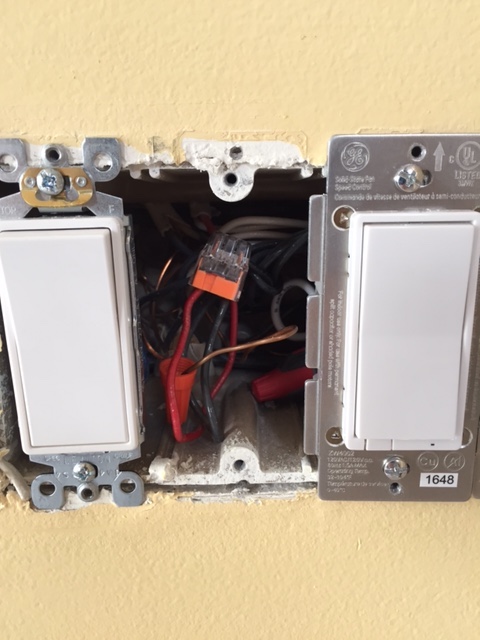 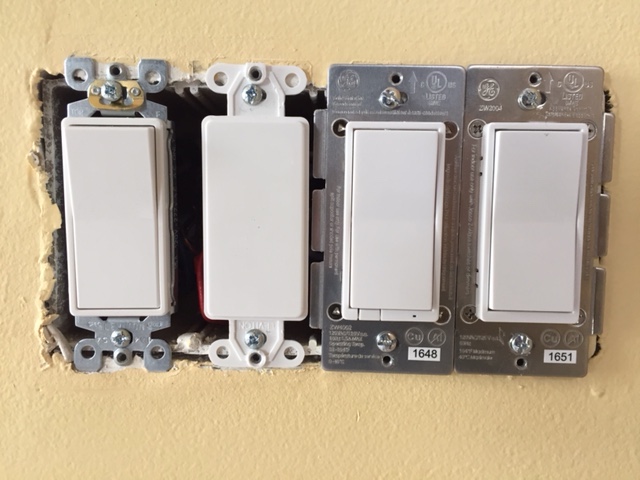 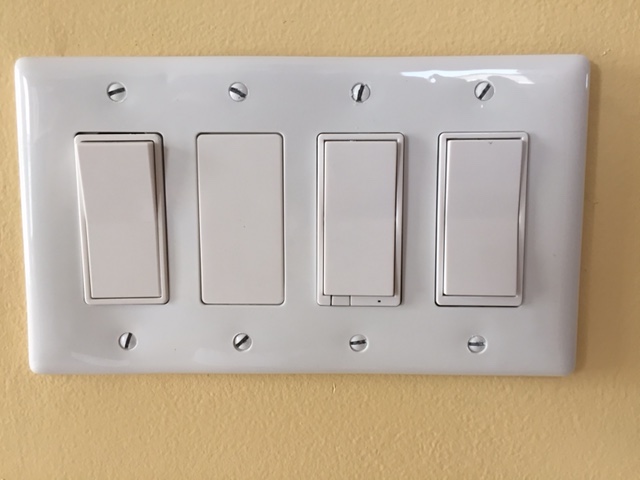 And finally pop on your Hue Dimmer! 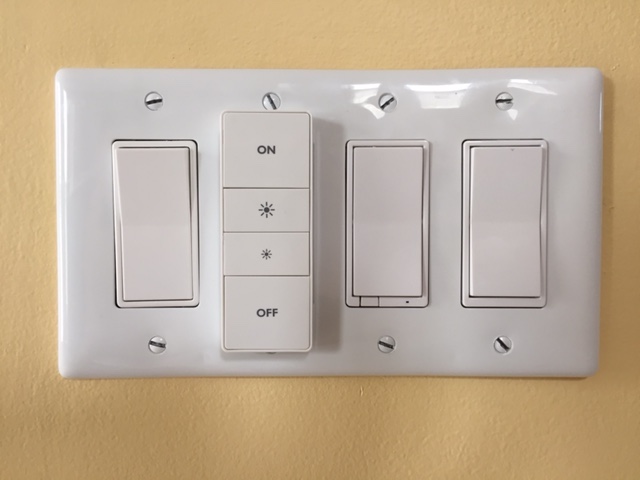 There you go! Now the Hue Dimmer fits nicely with your other switches and it can still come off the wall thanks to the magnets. If I had to do this again, I'd try to better align the magnets on the Decora blank so that the Hue Dimmer attaches more in the center of the wallplate.

I hope this project helps someone out who is trying to tidy up their Hue Dimmer switches!

Check out my other posts on Home Automation and other Smart Home technologies here!